Sihanoukville province is a small southern province of Cambodia. The capital sits on a peninsula with beaches and tropical islands around. Sihanoukville (also known as Kampong Som or Kampong Saom) was founded in 1964 to be the only deep-water port in whole Cambodia. It is gradually being redeveloped as a tourist attraction, but despite the promise of massive Malaysian investment – a casino is planned for Naga Island – tourist numbers are still fairly low. Also its nice with sand beaches and several paradise islands have made it popular as a tourist destination.

In honour to the king, who fought for the independency of Cambodia the provincial capital was called Sihanoukville. Located in the southwest corner of Cambodia, 232km from Phnom Penh, Sihanoukville can be reached via National Highway No 4. White-sand beaches that include Ohchheuteal, Sokha, Pram Pi Chan, and Deum Chrey beautify this coastal city. These beaches are known for their quiet, cosy atmosphere and the large stretches of white sand and clear waters and these make them popular spots for families on vacation. These seaside paradises with the refreshing coolness of the fresh water streams can be enjoyed all year round. 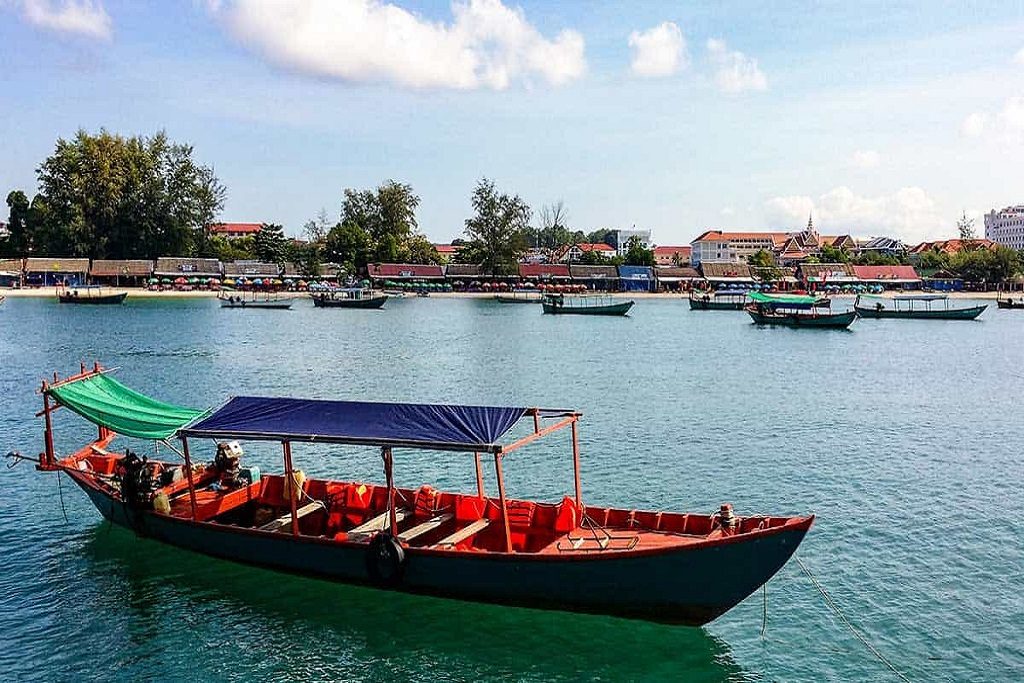 This famous see side resort is formed by wide and huge streets and quite new big concrete buildings, which lost any impression of the former architectonical colonial style. As the town is not a small place due to it’s wide spread urban areas, the best way to get around is to hire a motorbike. Beside the nice beaches and some very nice vantage points there isn’t that much to see in the town itself.

In recent years, Sihanoukville has become the focus of major investments from China. In 2018, a third of tourists to Cambodia were Chinese, and a quarter of them said they came to do business. Sihanoukville is today far from the postcard image that has made its reputation. It is a real open-air construction site supposed to become a high-end coastal destination.


Have a nice trip!