Arrival: at Phnom Penh and departure at Siemreap

Overview of the tour Cambodia Panorama:

Cambodia is worldwide known as “the land of smiles” and “a land of hidden treasures”. From it’s capital city Phnom Penh, where the “time stands still” to the Tonle Sap Great Lake and amazing Angkor temples, Asia Hero Travel will show you all about a Cambodia you always dream about.

You will see Angkor Wat, the world largest and maybe most impressive religious monument and the Ta Prohm nestled in deep jungle where much of  Tomb Raider was shot. A boat trip on Tonle Sap Lake allows you to  discover the natural wealth of the country as well the generousity of  its people: their smiles and their unique way of life on the water with floating villages dotting the lake. This is a journey of dream, a journey of legends and a journey of wonder that will last in your memory for a life

Note: The mentioned hotels are given as an indication and are subject to availability at the time of booking. In case of force majeure, unavailability or cancellation by the hotelier, the hotels will be replaced by other establishments of at least equivalent quality.

(Seasonal prices apply and will be re-confirmed when booking! All rates are quoted in US$)

*Price given for information only, variable and revisable before complete booking (availabilitiy, taxes, currencies).


Now click SEND to submit your request to us. We will reply to you with a quote within 24 hours 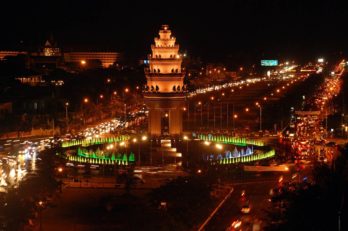 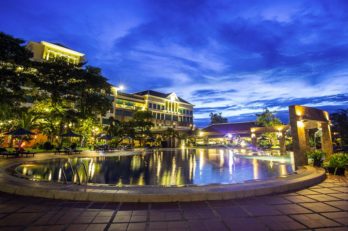