The gastronomy of Vietnam

When traveling to Vietnam, you should be looking forward to the rich and diversified in the cuisine and a country that has over 500 national dishes. Vietnamese food is healthy, inexpensive and high in quality. The accessibility of the Vietnamese street food is plentiful and differ very often about the family recipes used at the restaurant.

In Vietnam, people say that the size of a restaurant’s chairs is proportional to the prices of the dishes that the restaurant offers. If the chairs are small, the costs of the meals are said to be low. The most street food you can purchase for as little as $1 and the quality is just as if you went to a restaurant in your home country.

Rice is the base of almost all Vietnamese dishes and is anchored in Vietnamese culture. Nuoc mam also known as fish sauce is a condiment adding flavor to many Vietnamese dishes made with anchovies fermented in salt and water. All the food you find is very healthy and low in calories, so feel free to take a couple of different dishes when you eat out in Vietnam. 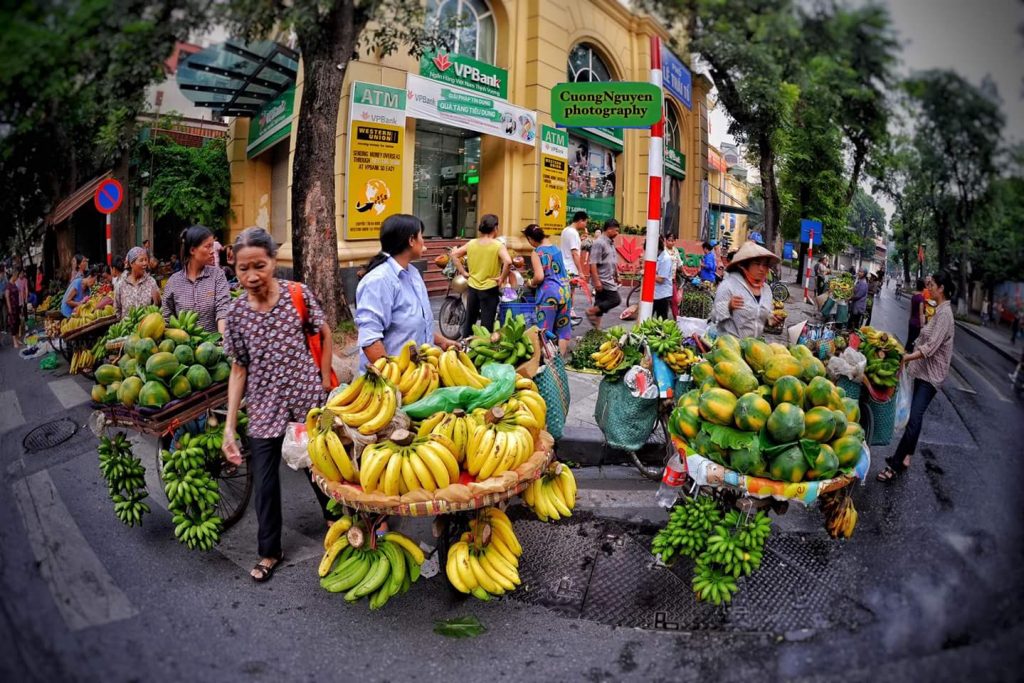 Characteristics of meals around Vietnam

In the Northern region

The food is saltier than in other regions. The most famous soup is pho, which comes in all shapes and sizes and consists of broth, rice noodles, and your choice of added ingredients: finely cut chicken or beef. Bun cha, another favorite soup, consists of vermicelli rice noodles, barbequed pork, and a broth served as a mixture of vinegar, chili, and sugar. Vegetables in the north are eaten fried, blanched, steamed, or crisp.

In the Central region

The food has been influenced by the former Nguyen Dynasty who ruled from Hue, so the available cuisine is sweet, sour, and spicier. Bun bo Hue is a favored dish from this region. Bun bo Hue is a dish of rice vermicelli noodles and vegetables served dry or with beef soup. Banh khoai-an omelet with bean sprouts-, banh bo-steamed rice flour cake with ground shrimp-, and nem lui-roll them yourself spring roll kebabs with peanut sauce-are other favorites.

In the Southern region

Food tends to be much sweeter as they use coconut milk and herbs: mint, basil, and coriander. Throughout Vietnam, a popular choice when dining with a group of friends is known as Lau, or Vietnamese hot pot where a pot on a frame is placed in the middle of the table and a gas flame warms broth in the pot from underneath. Participants then cook, at their leisure, just about anything that takes their fancy, or is available that night. Spring rolls known as “nem” are also extremely popular throughout Vietnam, both fresh and fried. They are made of rice paper and are filled with minced pork, mushroom, crab, onion, vermicelli, and egg. Vegetarian varieties known as “nem rau” are also available. Being a Buddhist country many vegetarian meals are available throughout these diverse regions.

Pho: A Vietnamese soup made with a broth that simmers for hours, herbs, rice noodles, and beef or chicken is a principal dish in the Vietnamese culture. Pho is a vitamin-packed soup served for breakfast until stores sell out-which is daily at about 11 am because of the Vietnamese soup’s ability to help fight fatigue in the mornings. 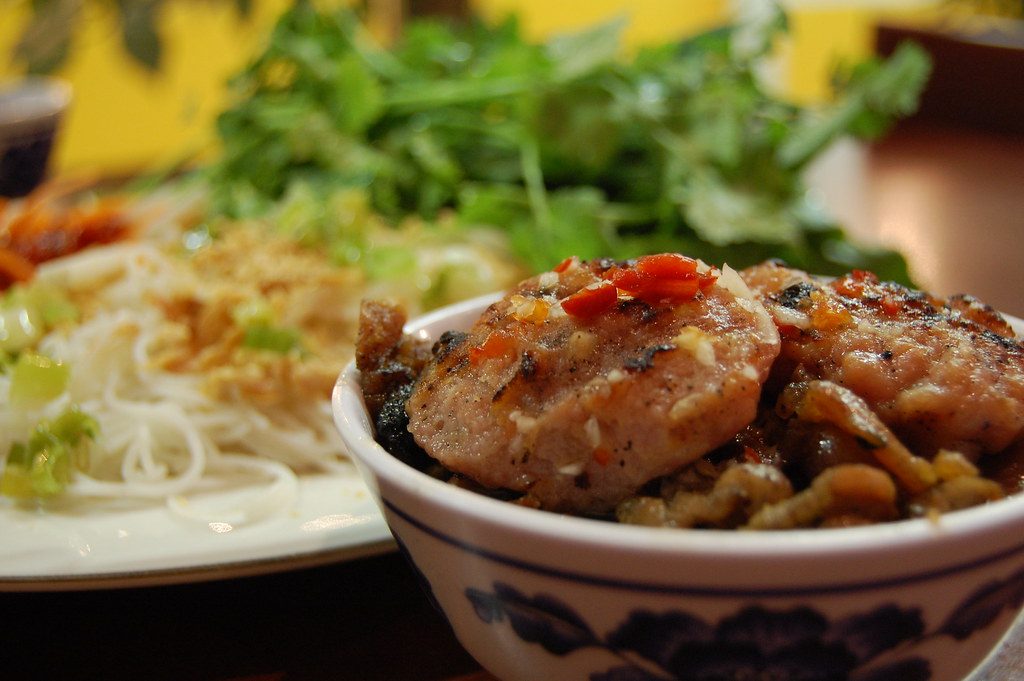 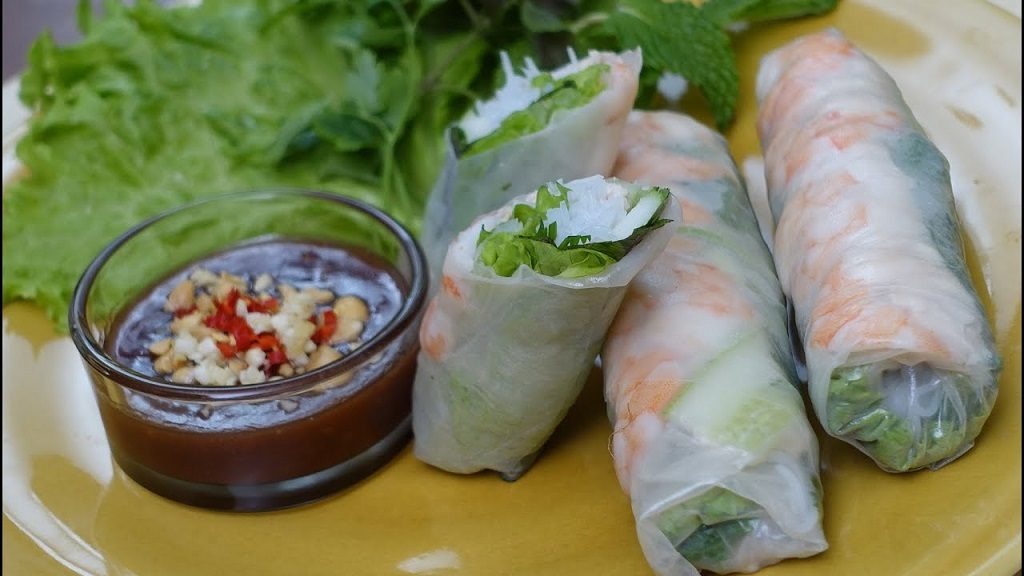 Banh Mi: The banh mi is a baguette sandwich tracing back to French influence. A single baguette is cut open and filled with chosen ingredients: grilled pork, barbecued beef, pates, carrots, cilantro, cucumber, fried egg, and a variety of sauces including chili. 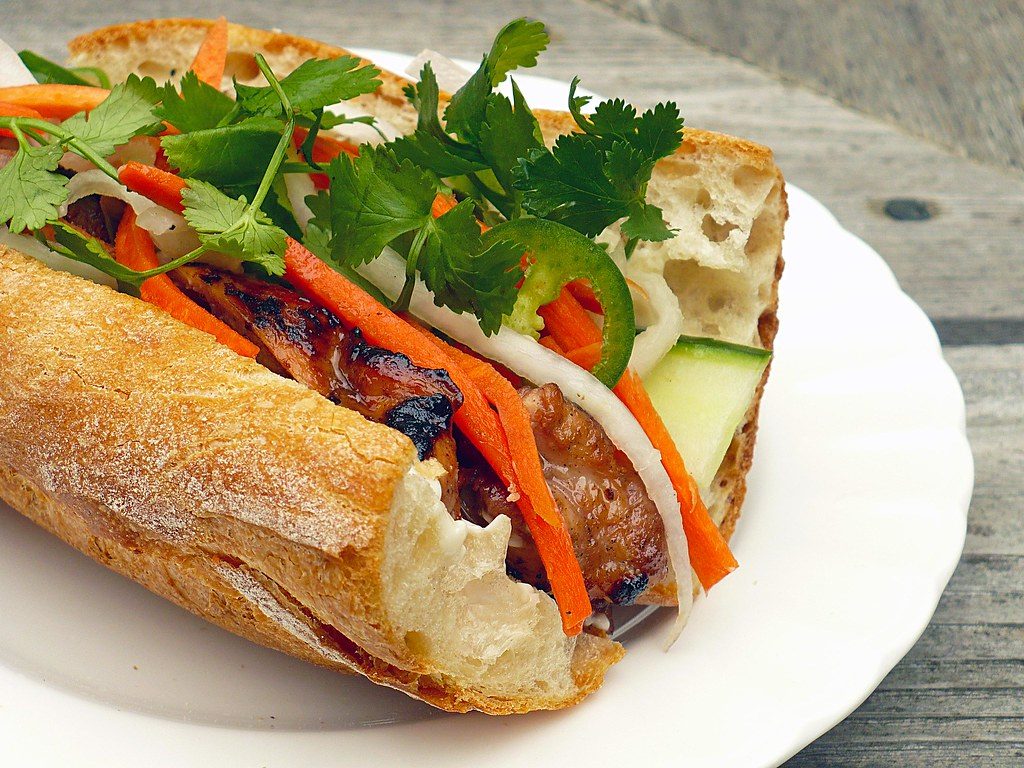 Egg coffee: Originated in 1946 at Cafe Giang in Hanoi is a delicious and nutritious Vietnamese coffee drink. The yolk of an egg is whipped together with condensed milk to form a sweet treat to be enjoyed by anyone at any moment of the day. 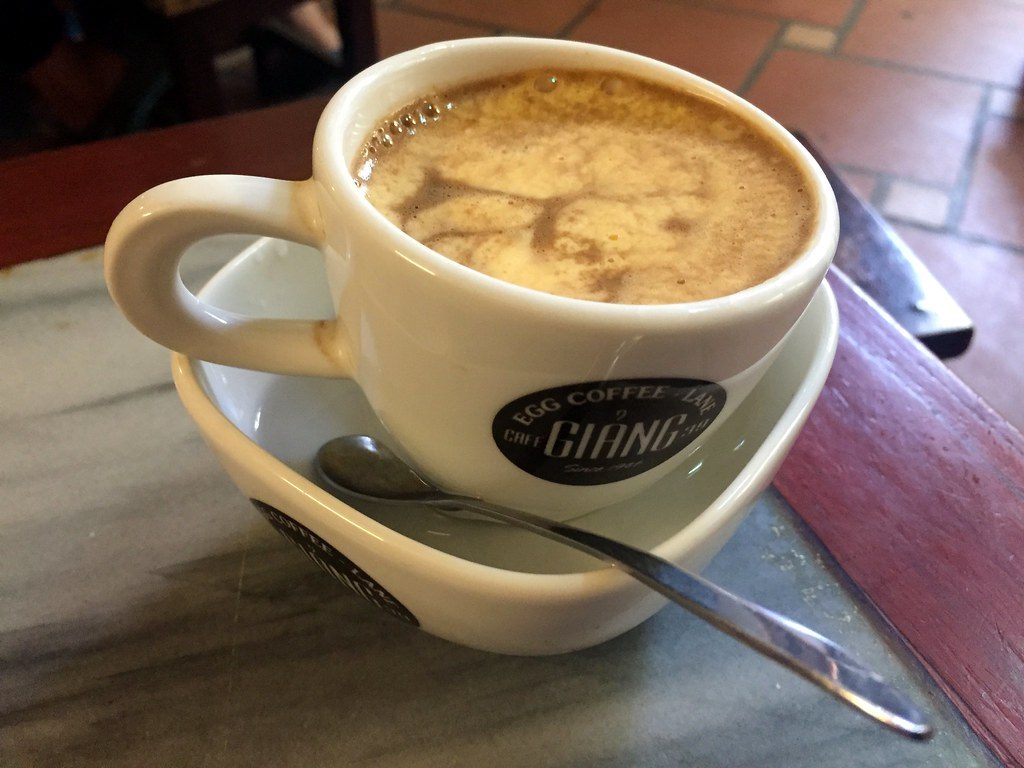 Vietnam is famous for the astounding array of tropical fruits available. Most of the fruits of Vietnam are hand-picked, and this ensures the sweetest and tastiest fruit anyone can imagine.

Avocados, cinnamon apples, star-fruits, coconuts, bananas, jackfruits, longans, lychees, papayas, pomelos, durians, dragon fruit, and more are available at different times of the year. Most are best devoured when fresh and in season! You are most likely going to find fruits here that you have never seen in your life. And they are all good!

Enjoy your meal in Vietnam!