When to go to Vietnam?

Often we hear questions about the trip to Vietnam such as:

Vietnam is a country with mostly harmonious climate year-round, but has variations in the temperature that depends on the region.

For the tourists planning to travel from the north to south, deciding on the best time to explore the country can be quite complicated. Vietnam stretches for nearly 1,000 km and has three different micro climates and major regional diversity. However, a well-planned Vietnam tour can make it possible to travel any part of the country during any season.

Rainfall is at its lowest between November and April which is often seen as the peak time to travel. However, even when the rains start to arrive in the north and south of Vietnam, the climate in the central regions can still stay dry and hot. The vibrant Mekong Delta is best visited between October and May, the fascinating caves of Phong Nha between February and August, and the famous Halong Bay between March and April.

With such variations in the climate in this long, S-shaped country, the best time to experience the 3 weeks tour in Vietnam depends on the tour itinerary and the intended places to visit.

Where to travel to? 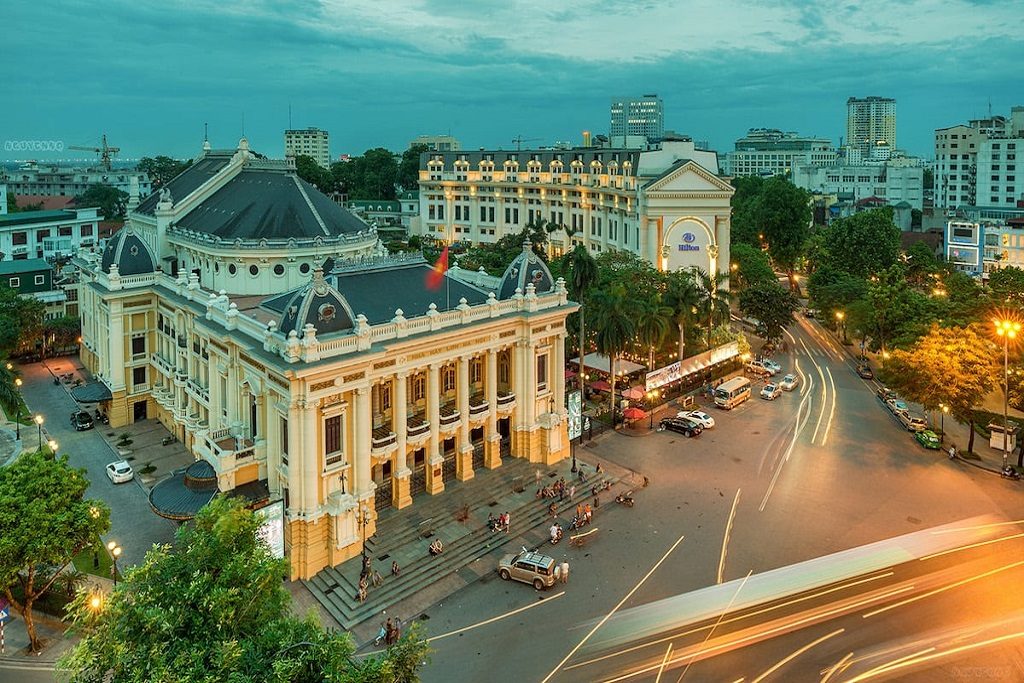 Hanoi s summer season runs May-September with high humidity and heat and temperatures reaching 32° C or more, but travellers will experience the occasional bout of refreshing rain showers. The heavy, tropical showers often arrive in the afternoon, but are short lasting with the summer months still having the highest number of sunshine hours. The climate in the winter is cooler and brings clouds and fog but minimal rain. On average, the winter temperature is about 17° C. A great time to travel to Hanoi is October-November when the weather is pleasant and not too hot for sightseeing, and averages about 21° C.

Visitors to Halong Bay often notice the mist which may reduce visibility, but certainly helps to create atmosphere. The skies over Halong Bay from March-May are typically blue and clear with pleasant temperatures. In the summer months (May-November) travellers on the day or overnight cruise can experience the humid and warm days that are broken up with refreshing showers in the afternoon. In the winter (December-February) the climate is quite cold. The preferred time to visit Halong Bay on the Vietnam customized tour is spring or autumn when the days are warm and clear and just right for cruising on the emerald waters. 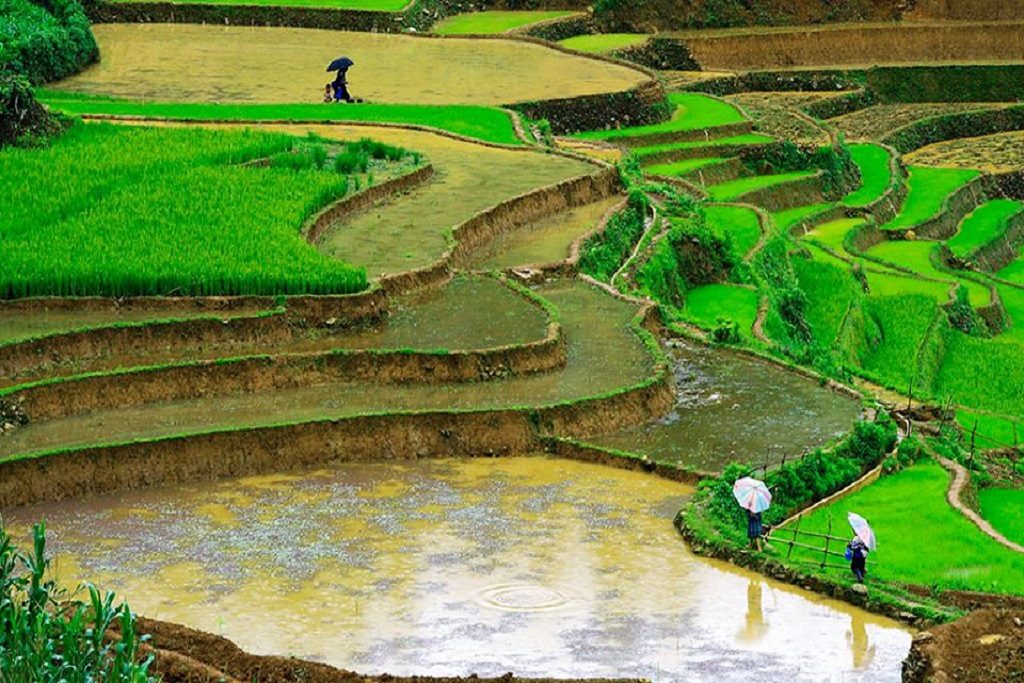 Sapa is a mountainous region in northern Vietnam with stunning scenery and a popular place to visit for the trekking tour. This climate in the mountains is very seasonal and varies with a summer temperature of about 29° C, while in the winter the temperature cools to freezing. Humidity is in the region of 75% to 90%, but the wettest months are in the summer, especially July-August. A great time to experience the trekking trip is March-April when the weather is dry and warm, while waiting until October-November gives the cool and clear days.

For the travellers planning a relaxing or romantic Indochina tour, the best time to visit can vary with the different beaches. Vietnam has beaches for every season and stretch from the central to southern regions of the county.

Vietnam’s central coastline in the region of Hoi An and Danang is warm and pleasant throughout the year with a high temperature of up to 38° C in the summer (July-August) and cools to a very acceptable 24° C in the winter. A typical dry season runs from February-July. For the travellers that prefer the heat, try to plan the beach trip at the end of the dry season, while the beginning of the dry season has a milder climate. The rainfall increases from August-November with the occasional typhoon likely to hit the region.

The beach in the south of the country gets to enjoy a warm climate year-round with the temperature reaching about 30° C. A stay in Nha Trang can be impacted by the rainy season (September-January) which can lead to long drizzly days and torrential rain when typhoons hit. The wet season in Mui Ne and Phu Quoc runs from June-September which brings light afternoon showers. However, there is less rain in Mui Ne thanks to its microclimate. A Vietnam honeymoon vacation in a luxury destination like Con Dao has humid and hot weather year-round with a wet season lasting from May-November. Most of the afternoon showers are short lived, but heavy rain can be expected at night from July-September. 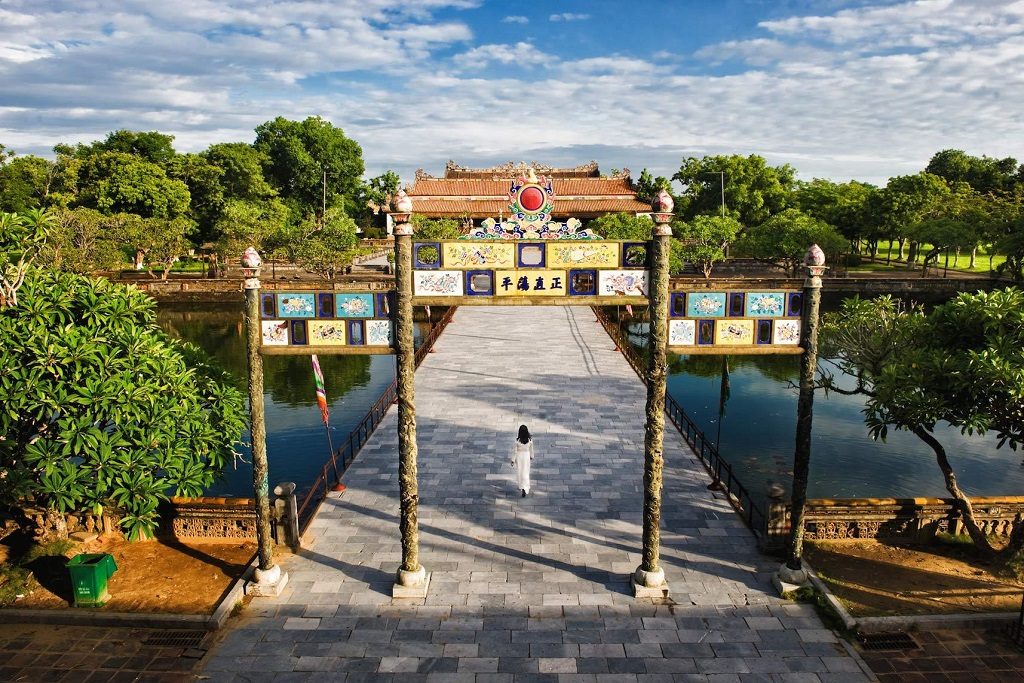 Hue is in central Vietnam with a rainy season lasting from September-December with the heaviest rains experience October-November which can lead to flooding. The dry season runs from January-August although there is still a risk of afternoon showers. The average temperature can increase to the mid-30° C in the middle of summer. 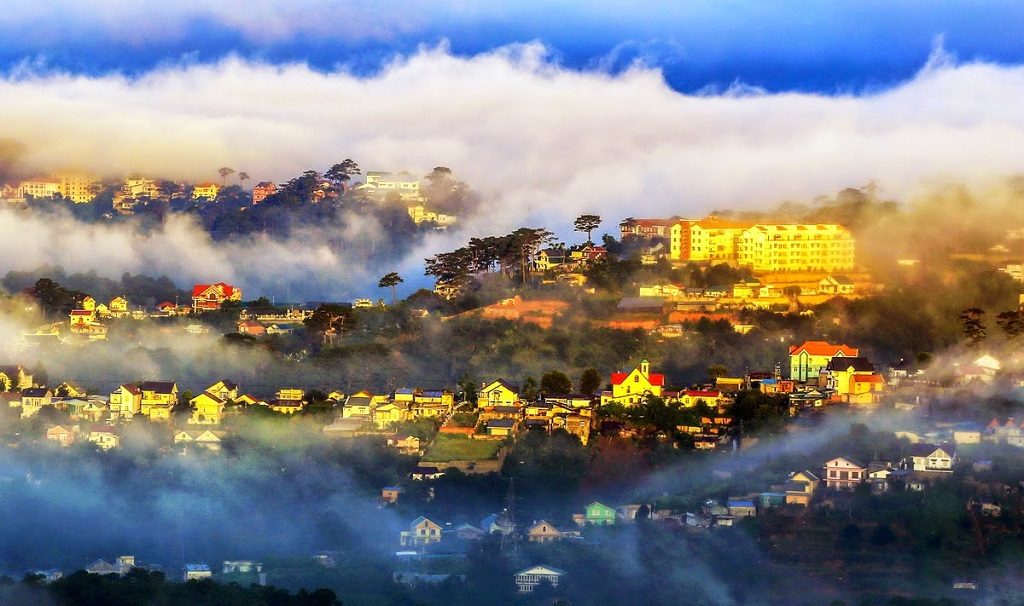 Dalat is located in a mountainous region of central Vietnam and enjoys the warm and pleasant climate year-round. Travellers in this region of the country won’t notice much change in the temperature, which hovers between 16° C and 24° C. The green season runs from May-November when rain is heavy, but this does result in the countryside that is vibrant and lush-green.

Ho Chi Minh City is located closer to the equator, which leads to a temperature range that is consistently warm year-round. Tourists on the Vietnam holiday visiting this lively city can enjoy the balmy days that average 28° C. The region has a tropical climate that is split into the dry and wet season. The tropical downpours arrive in the afternoon throughout May-November. But, this rarely impacts travel and everything in the area stays green and lush during this time.