Embrace the spirit of Saigon – “Pearl of the Far East” with a day trip visiting the iconic landmarks of the city and soaking up the rich tapestry of history and culture. This Vietnamese metropolis can intimidate at first, but with a local to guide you on a Ho Chi Minh City tour, it’s never been easier to visit this incredible city. This city tour unravels Saigon’s turbulent past and also provides a glimpse into the fascinating variety the city has to offer.

(Seasonal prices apply and will be re-confirmed when booking! All rates are quoted in US$)

*Price given for information only, variable and revisable before complete booking (availabilitiy, taxes, currencies).


Now click SEND to submit your request to us. We will reply to you with a quote within 24 hours 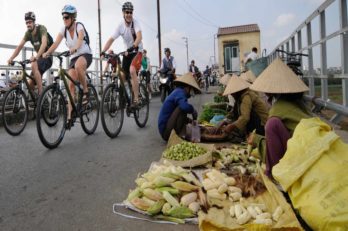